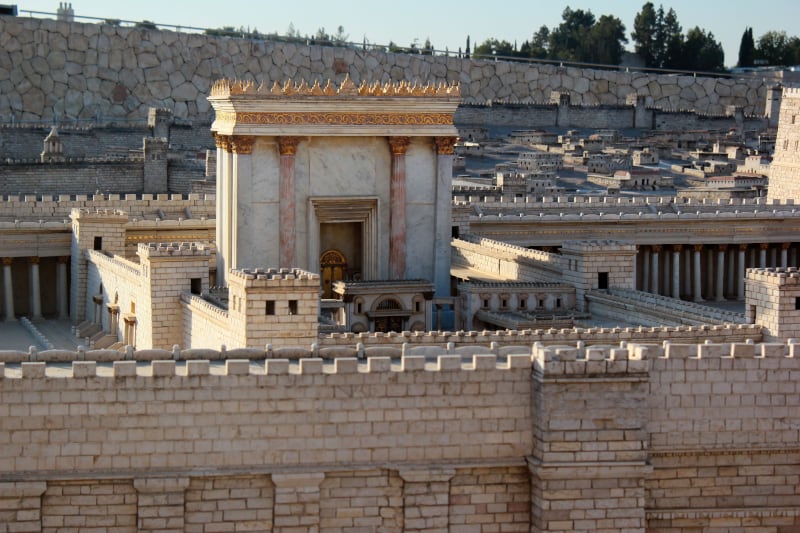 Tisha b’Av is a day of national mourning and repentance, on which we recall the destruction of the first and second Temples. Many tragic events have happened on Tisha b’Av throughout Jewish history. The following is, sadly, only a partial list:

As part of our mourning for the destruction of the Temple and the exile of Israel, we fast and abstain from pleasurable activities on the night and day of the 9th of Av, starting with sunset on the eve of the day before (Saturday night – 8:44 pm), and concluding with the following Nightfall (Sunday night – 9:23 pm).

This year, the 9th of Av falls on Shabbat and is postponed until Sunday. All the laws of mourning are suspended on Shabbat, and Shabbat is joyously celebrated as usual until sunset (8:44 pm).

Please note the following Halachot and Customs are specifically for this year 5782/2022 and apply only to Sepharadim. (Ashkenazim differ and are more stringent on various customs, especially this year with Tisha b’Av falling on Motzai Shabbat, please do not hesitate to contact me should you require further extensive background).

This year being that Tisha B’Av is nidche – pushed off to Sunday, the following halachot apply:

The following categories of people should not fast:

The following categories of people should fast until Chatzot, or at least until morning:

Anyone with a situation that makes it difficult to fast should consult their Rabbi.

A person who is not fasting should refrain from eating delicacies and should eat only what is necessary for his physical well-being. Someone who needs to take pills may take them if they have an unpleasant taste, if liquid is required to swallow, one may drink a bitter liquid.

Someone who cannot fast or needs to break the fast should make Havdalah and drink the majority of a revieet – 44ml of wine/grape juice, without reciting the blessing on spices (and if made during the day, does not recite the blessing on a candle either).

Exceptions:
1. One who becomes soiled may rinse the affected area with cold water.
2. Upon awakening in the morning or after using the washroom throughout the day, one is permitted to wash one’s fingers until the knuckles.
3. When preparing food – for children or the post-fast meal – one may wash the food, even though their hands will get wet. However, one should refrain from washing the dishes that were used on Shabbat.

By carefully observing the laws and customs instituted by our Chachamim (Sages), we can feel the full impact of our loss. May this be the final Tisha b’Av we sit on the floor before we merit to see the coming of Mashiach with the building of the Third Temple speedily in our days.

Wishing you all a meaningful and uplifting fast.