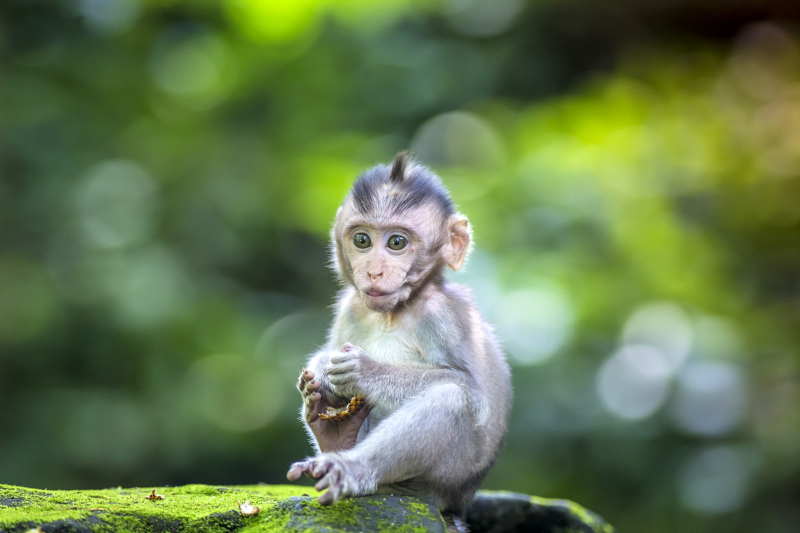 COVID-19 has caused all sorts of shortages and surpluses in various industries, some of which make for fascinating stories. One such shortage was lab monkeys. There are certain limitations on testing vaccine efficacy on humans, and monkeys, which have similar immune systems to humans, make a good alternative. The problem is that several factors, including high demand for testing monkeys in these times and low export numbers from China, have made lab monkeys almost impossible to get a hold of.

Monkeys have always been the symbol of a creature who can act like a human but lack the creative intelligence that humans bring to their actions.

In rabbinic literature, a ‘מעשה קוף’ – literally meaning, an action performed by a monkey, refers to an act that a person performs without real intent or thought. Anything branded as a ‘מעשה קוף’ is seen as halachically unnecessary. While the fundamental problem with a monkey performing a mitzvah is that he is not human, from a Mussar standpoint, some of our mitzvot can be viewed as a ‘maaseh kof’ if we do them without proper thought and intent.

One of the fundamental elements of all mitzvah observance is the notion of Kavanah – intent. Individuals whose basic intellectual functioning is compromised are exempt from the performance of mitzvot.

The Talmud (Rosh Hashanah 28b) debates whether the requirement of Kavanah when performing a mitzvah is essential or aspirational.

However, all agree that for a mitzvah to embody the full spectrum of its spiritual experience, one should strive to infuse the act with intentionality that brings a sense of connection to the mitzvah.

The idea of performing mitzvot by rote is a recurring theme throughout this week’s Parsha. On the last day of Pesach of the fourth and seventh year of the tithings cycle (based on the 7-year shemitah cycle), crop owners would (ideally, go to the Bet Hamikdash to) recite ‘vidui maaser’ – ‘confession of the tithes’ and state:
“לא עברתי ממצותיך ולא שכחתי” – “I have not transgressed any of Your commandments, and I have not forgotten.” Sfat Emet notes that “לא שכחתי” – “I have not forgotten” can refer to someone who didn’t “forget” what he is supposed to be doing while performing a mitzvah. He didn’t walk mindfully through the mitzvah but performed it with thought about what he’s doing and Who commanded him to do it.

As we prepare for Rosh HaShanah, before performing mitzvot, we can take an extra moment when reciting a beracha or praying and pay more attention to what we are doing, infusing our mitzvah performance and our lives as a whole with a freshness and a sense of wholesomeness.

« Parshat Ki Tetze – Can You Spot It?