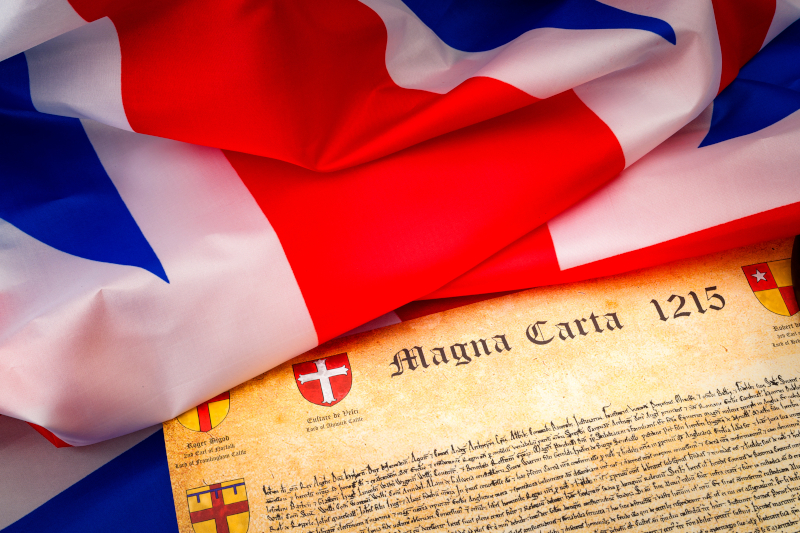 Canada day inspired me to reflect on my upbringing growing up in London, UK. As a young boy in primary school, our history classes naturally revolved around British history. One of the (few) things I remember studying was the Magna Carta. The Magna Carta famously serves as the foundation for some of the principles of democratic governments. While the exact history of the Magna Carta is debated, in a nutshell, the Magna Carta was a document of agreement between King John of England and the barons rebelling at the time. In the document, King John made certain concessions to the barons, including a guarantee of due process for trials, taxation compromises and an overall assurance of freedom.

When you read about the Magna Carta, you get the impression that King John’s compromise was a pragmatic move to ward off a rebellion. If the barons didn’t threaten rebellion, King John would have never given them any concessions.

This week’s Parsha deals with one of the earliest and most infamous rebellions in Jewish history when Korach, Datan and Aviram, along with a group of 250 men, challenged Moshe Rabenu’s leadership and credibility.

When Moshe calls Datan and Aviram to speak to him, they respond by saying: לא נעלה “We shall not go up” and instead send in their complaints (Bamidbar 16:13). The Torah describes Moshe Rabbenu’s reaction: ויחר למשה מאד. Rashi translates ויחר as נצטער “This distressed Moshe greatly.” Why did Rashi diverge from the standard translation of ויחר as “he got angry” and instead translate it as “he was hurt?”

There is a version of Rashi not found in the standard Chumash quoted by one of the great commentators on Rashi, Rabbi Eliyahu Mizrachi, that gives us some greater insight:

“This is likened to a person who has a dispute with his friend and argues with him. If he responds, he is not content. If he doesn’t respond, he is distressed”.

R. Yehuda Kalatz, in his Sefer Mesiach Ilemim, explains that when Datan and Aviram lodged their complaints, Moshe Rabbeinu wanted to speak to them and discuss their issues. Their response “לא נעלה” meant that the conversation would never happen. This is what Rashi intended with his parable. If they would have had a conversation and walked out without a resolution, the situation would have been uncomfortable but still tolerable. However, the fact that Moshe Rabbeinu wasn’t even able to address their concerns was very hurtful to Moshe Rabbeinu.

When confronting conflicts and disputes, however big or small, there are many angles to discuss. One is opening up channels of communication. Many ‘machlokot’ and conflicts can reach a reasonable resolution when each party tries to make an effort to hear the other side. Even if they cannot reach an amicable agreement, their dispute will not be one of hurt.