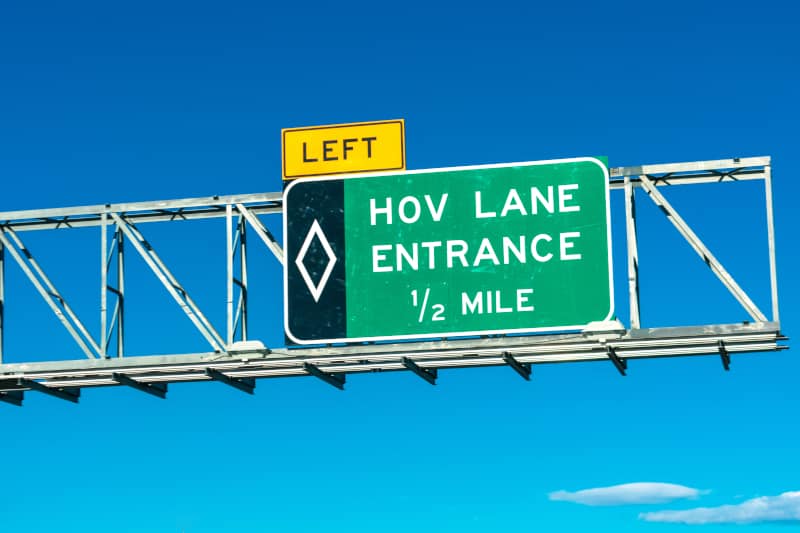 A month ago, Brittney Bottone was rushing to pick up her son, and encountered traffic on the highway. Since she was 34 months pregnant, she decided, seeing as in Texas, where the incident happened, abortion is illegal. Part of the legal argument is that if a fetus is considered a living being, it should count for her to use the HOV lane. Sure enough, she got pulled over and got a ticket — the police officer didn’t go for her rationale. However, she fought it in court, and the ticket was dismissed.

The Talmud Sanhedrin (32b) quotes a Baraita that makes the following comment about a verse in this week’s Parsha, “צדק צדק תרדף” “righteousness, righteousness you shall pursue” (Devarim 16:20):

“Justice, justice, shall you follow,” one mention of “justice” is stated concerning judgment, and one is stated regarding compromise. How so? Where two boats travel on the river and encounter each other, if both of them attempt to pass, both sink, as the river is not wide enough for both to pass. If they pass one after the other, both of them pass etc.

Netziv, in his commentary on Chumash, Ha’amek Davar asks: why is the example of two boats trying to cross a narrow pathway used as an example of פשרה – compromise? Don’t we know what compromise is? Furthermore, what role does the word תרדף – you shall pursue play in deriving this idea?

Netziv suggests that the case of the boats is not an ordinary compromise but one where each party can force the other into accepting a compromise. In this case, if we went strictly by the law, it would be כל דאלים גבר the stronger one wins, and the heavier one would always prevail, sometimes with the lighter boat capsizing because its captain would rather risk losing his boat than giving in to the other boat. The Torah is telling us that any time where the strict law is going to lead to machloket, we have to pursue peshara to the extent that we force both parties to compromise.

The concept of HOV lanes fits into the spirit of compromise. The government is saying that to reduce congestion on the highway, we would like as many people as possible to drive in groups. To incentivize that, there is a designated HOV lane that goes faster.

Netziv’s comments have practical ramifications well beyond the HOV lane. How often, on and off the road, have we seen two people unwilling to compromise? Sometimes, to the point that they each end up on a course detrimental to both of them, both losing because they would rather endure damage than see the other guy win. Tzedek tzedek tirdof requires us to accept compromise, even if we think we are 100% right, because if winning leads to further conflict, compromise is a better option.

We have begun the month of Elul with very inspiring Selichot every day. One recurring theme throughout the Yamim Noraim is reciting the 13 attributes of heavenly mercy. They are not a magic formula but rather a way to get us to emulate G-d in these attributes. If we can compromise with others and be more forgiving, we will merit what the Talmud Rosh HaShanah 17a says: He who forgives will be forgiven from heaven.

Parshat Ki Tavo – Together is Better »