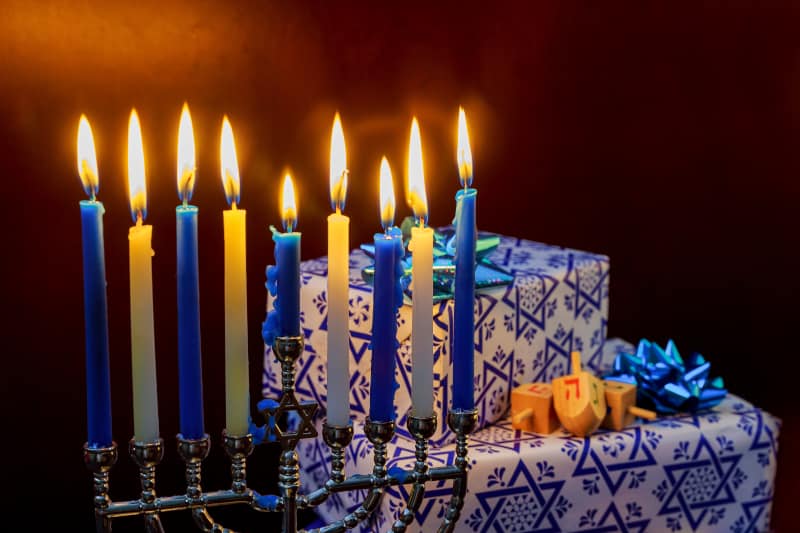 Giving Chanukah gifts to children, contrary to the popular misconception that it originates from ‘other sources’ around this period, has a source in the writings of the great Turkish Sephardic Chacham, Rabbi Chaim Phalachi a”h, in his book Kaf Hachaim. Gifts, in general, are not only about what to give but how to give them. Nowadays, the most convenient choice for many is to ship it directly through Amazon with a one-line note, which works in some situations, but often, you have to wrap a gift and hand-deliver it yourself.

A group of researchers set out to find out what impact the wrapping has on the recipient’s appreciation of the gift. In the first round of the study, they recruited 180 students, all of whom were Miami Heat fans and gave them an assignment for which they were given a mug as a reward. Half of the mugs were Miami Heat mugs, and half of them were for the rival team, the Orlando Magic. Half of the mugs (Heat and Magic) were wrapped neatly, and half were wrapped sloppily. When surveyed about whether they liked their gifts, the satisfaction rate did not break down by Heat vs. Magic, but rather, those with sloppy wrapping enjoyed their gifts much more than those with neat wrapping.

To understand why the researchers conducted another experiment. A different group of students were given gifts, half of which were neatly wrapped and half sloppily wrapped. Before opening them, the students were asked to imagine what was inside the package and write down their expectations for the gift. The students then opened the package, and they all received the same pair of JVC earbuds. Those with sloppy packaging were much more satisfied with the gift than those with neat packaging. The study concluded that nice, neat packaging could lead to dashed expectations, whereas sloppy packaging can help manage or exceed expectations. (The article distinguishes between loved ones and acquaintances, but I’m not convinced you should try this one with your spouse).

The Talmud (Shabbat 10b), has a very powerful comment about the sale of Yosef:

“A person should never distinguish one of his sons from among the other sons by giving him preferential treatment. As, due to the weight of two sela of fine wool [meilat] that Jacob gave to Joseph, beyond what he gave the rest of his sons, in making him the striped coat, his brothers became jealous of him, and the matter unfolded, and our forefathers descended to Egypt.”

The famed Mashgiach of the Chevron Yeshiva in Israel, Rav Yehuda Leib Chasman, in his work Ohr Yahel, points out that without this comment of the Talmud, you would think that there was something more to the animosity between the brothers and Yosef. Perhaps the jealousy and hatred were palpable, and the ketonet pasim – the coloured coat merely symbolized that jealousy. Yet Chachamim tell us that the opposite is true. The ketonet pasim was the very cause of the brothers’ jealousy. The brothers saw the coat and concluded that Yosef must be the most beloved brother. How is that possible? Could the brothers, the great men whose names were destined to be inscribed on the breastplate of the Kohen Gadol, have been so superficial to make one of the most significant mistakes in Jewish history based on a coat? R. Chasman notes that we have a precedent in halacha for this in another tractate of the Talmud (Shavuot 31a):

Who would think that a Dayan, a rabbinical judge, would change his halachic ruling because one litigant is dressed one way and another is dressed another way? Yet it is human nature to “judge a book by its cover.” This is the very trap the brothers of Yosef fell into, not realizing that Yaakov had his reasons for giving Yosef the ketonet pasim.

It is only natural for people to jump to conclusions, more often than not, the wrong conclusions, based on external wrappings. We look at a person’s clothing, size them up, and think we know everything about them. By reflecting on the lesson from the brothers of Yosef, managing our expectations and waiting to draw conclusions until we get to properly know the person, our relationships will be much more meaningful.