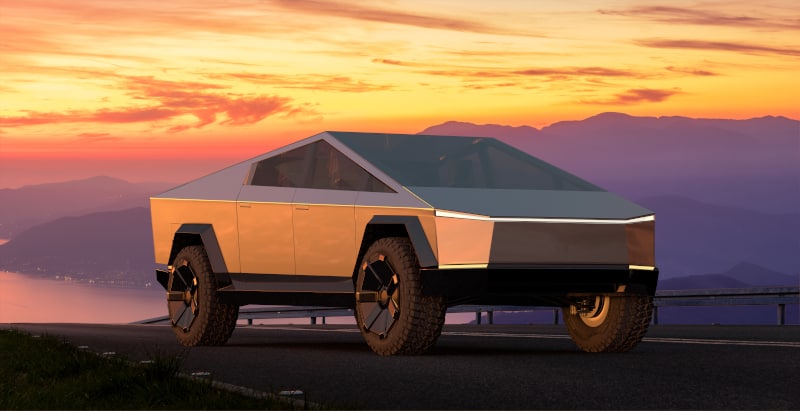 The Tesla enthusiasts are closely following the strange-looking electric pickup truck, the Tesla Cybertruck, which was first unveiled as a prototype in late 2019 and is reported to have 1.6 million pre-orders as of yesterday. What’s interesting is when Tesla CEO Elon Musk gathered in front of an audience to unveil the new Tesla Cybertruck. Musk billed it as “indestructible” and “bulletproof.” To demonstrate, he had his chief engineer take a sledgehammer and pound the truck’s body, demonstrating that no damage occurred to the truck. He then gave his engineer a metal ball and asked him to throw it at the window. To Musk’s shock and dismay, the window smashed. Musk asked him to try it again at the rear window, yet once again, the window cracked. Musk had to give the rest of the presentation standing in front of a truck with two broken windows.

There was much discussion about how this happened. Didn’t the company engineers test this in advance? Some speculate that this was an intentional ploy to bring attention to the new truck. However, Musk tweeted a different explanation: when they tested this, they only tested throwing a ball at the window. They didn’t test throwing a ball after hitting it with a sledgehammer. By hitting the truck with the sledgehammer, they cracked the window beneath the door’s surface, allowing the ball to smash it upon impact.

When Rivka was pregnant, she knew something was wrong, and she was told (Bereshit 25:23):

“Two nations are in your womb, and two regimes from your insides shall be separated.”

The two twins would go their separate ways right from the womb. Yet we find a few verses later (Bereshit 25:27):

“The lads grew up, and Esau became one who knows trapping, a man of the field, but Jacob was a wholesome man, abiding in his tents.”

Did they go their separate ways at birth or when they became bar mitzvah?

Rashi comments that when they were younger, their distinctions were not yet noticeable until they grew up and turned 13. Their ways then became apparent to all.

It is striking how two children could go in two diametrically different directions, and nobody would recognize that until they age 13.

Although it is not for us to be critical of the great spiritual giants, the Avot and Imahoht, our patriarchs and matriarchs, however, Chachamim point out specific flaws for us to learn from. Rav Shimshon Refael Hirsch suggests this happened because their parents mistakenly put them through a “one size fits all” system until they were 13. They didn’t look at their individual needs and traits. They assumed that Esav would turn out just like Yaakov. If they only paid more attention to the fact that he wasn’t cut out to be a ‘yoshev ohalim,’ someone who sat diligently studying, he might have been able to play a different role within the family.

Rashi and Rav Hirsch address the hidden cracks beneath the surface. These cracks can be found and repaired as long as we know to look for them. Every child has unique talents and abilities and, at the same time, has individual flaws and shortcomings. We have to teach our children (and ourselves) how to make the most of our abilities while dealing with our shortcomings. We can deal with the cracks beneath the surface as long as we recognize they are there.