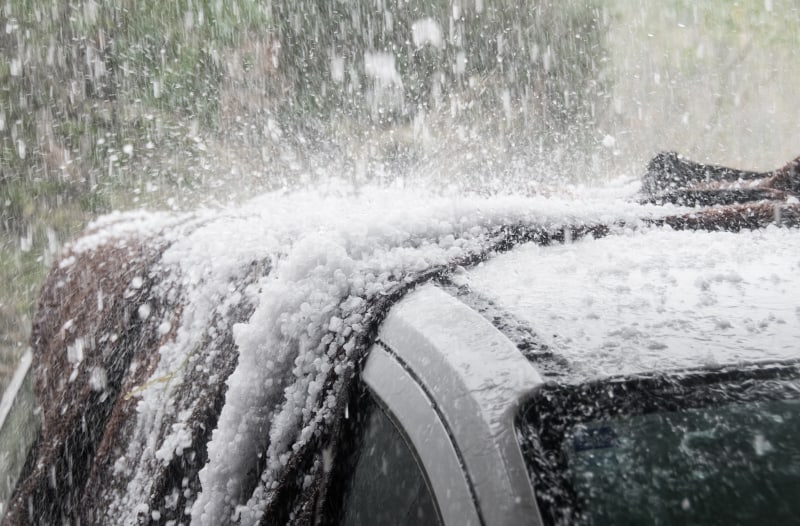 One of the most severe of all plagues – Barad (Hail) – is foretold with the following words: “Behold at this time tomorrow I shall rain a very heavy hail, such as there has never been in Egypt, from the day it was founded until now. And now, send forth; gather in your livestock and everything you have in the field. All the people and animals that are found in the field and will not be gathered into the house – the hail shall descend upon them, and they shall die.” [Shemot 9:18-19]

Bilaam’s behavior seems to be highly irrational. Hail was already the seventh plague. One would have to be very obtuse not to understand that G-d means what He says by this time. If Moshe Rabbenu threatened a catastrophic hail storm that would kill all animals and livestock left out in the open, one could bank on that storm coming. After six previous plagues, how could anyone, at this point, doubt that what Moshe predicted was not sure to occur?

The answer lies in the words “did not take the word of G-d to heart.” There is a capacity among humans to be immune to stimuli. People can shut themselves out from messages that are constantly occurring. A person can be so insensitive to obvious facts that if someone banged them over the head with a baseball bat, they still wouldn’t get it! They don’t take the words of G-d to heart. Bilaam is the personification of this type of individual who just doesn’t get it no matter what he sees.

In contrast, Moshe Rabbeinu is at the opposite end of the spectrum. The Torah provides very few details about the first 80 years of Moshe Rabbenu’s life. One of the first times mentioned is in last week’s Parsha at the Burning Bush. After describing the phenomenon of the thorn bush, which was burning without being consumed, the Torah states: “And Moshe said: “Let me go and investigate this great sight – why will the bush not be burned?” [Shemot 3:3]

Rav Yaakov Weinberg zt”l explained that we see from this incident that part of what made Moshe Rabbeinu the great person he was, was his sensitivity to stimuli constantly occurring. Moshe stands in stark contrast to Bilaam. Moshe was continually seeking out messages from G-d. Whenever a noteworthy event took place, Moshe was sure to investigate, analyze and see what meaning and interpretation he could draw from that event.

We often get overwhelmed with so many things going on in life that we fail to recognize and be open to stimuli. Moshe Rabbenu teaches us to take a moment to stop and listen to G-d’s messages, pause, reflect and introspect.