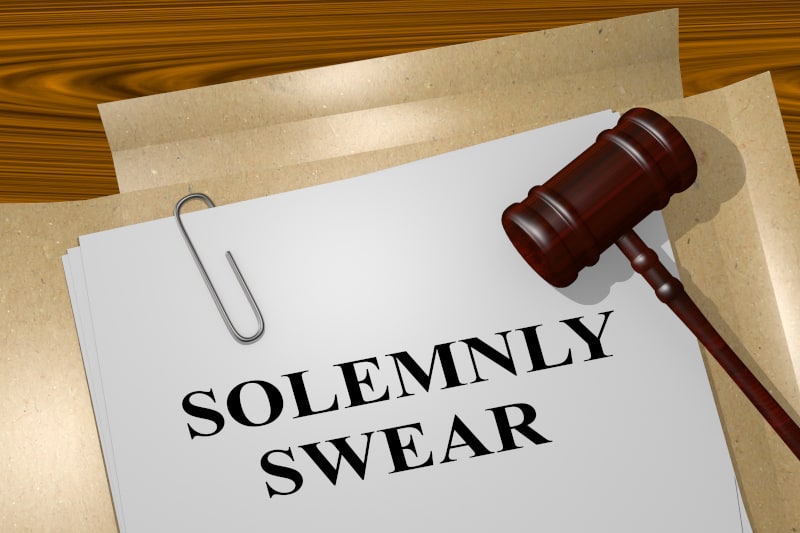 At the beginning of this week’s Parsha, Yaakov gives Yosef clear instructions regarding his burial. After Yosef agreed, Yaakov asked him to swear, which he did. Why does Yaakov ask Yosef to swear? Did he not trust Yosef to carry out his request?

Ramban suggests that Yaakov was worried that Pharaoh would not allow Yosef to carry out the request. If it was just a request, Pharaoh might have stopped Yosef, but now that it involved an oath, Pharaoh couldn’t stop him. That is why Yosef later tells Pharaoh: אבי השביעני לאמר – “My father made me swear” (Bereshit 50:5).

The Talmud (Sotah 36b) adds another dimension to this. The Gemara relates that Pharaoh asked Yosef to teach him Lashon Hakodesh. However, Pharaoh couldn’t learn it, so he requested Yosef to take an oath that he wouldn’t tell anyone about this shortcoming, and Yosef agreed. When it came time to bury Yaakov, Yosef said he must leave the country to bury his father in Eretz Cannan because he took an oath. Pharaoh said, “Why don’t you annul it?” To which Yosef responded, “If I can annul this oath, can I also annul the other oath?” At that point, Pharaoh agreed and allowed Yosef to bury his father in Eretz Cannan.

Many of us encounter people who take the Pharaoh approach to our religiosity. Whether it is an employer, business associate, friend or family member, there is usually someone trying to convince us to bend the rules to accommodate their own needs. “Do you really need to leave so early on Friday?” “Is it such a big deal if we don’t report that transaction?” or “Does G-d really care if we do it this way or that way?” Sometimes, our forefathers provide cover for us as Yaakov did for Yosef, and we can simply respond that this is the way it’s always been done. Sometimes we have to come up with a witty response like the response recorded in the Talmud.

Perhaps this approach is also relevant for the ‘Pharaoh’ within us. When we start to question various halachot about specific situations, we should remind ourselves that these are applications of universal principles that have been around for thousands of years.